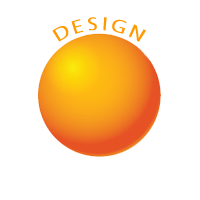 The original building located on this site belonged to the “French Empire” architectural style, and was constructed between the years 1874-1890. The house historically was used as a single family residence up until approximately 1982. From this time the home was adapted to be a single room occupancy boarding facility. The building having fallen to a state of disrepair was condemned by the Health Department in 2002 as unsuitable for human habitation.

After receiving approval from both the Zoning and Planning Boards we documented then removed the existing house to construct a new 3 family home maintaining the similar architectural character and historic elements, and recreating the original details that defined the architectural style of the original design.  Great care was taken to preserve the existing stone retaining wall along the front property line as seen in the photos.

The newly constructed three family home, based on the original historic architectural style, allowed for the inclusion of modern design elements included in over 2,000 square feet of open floor plan living space for each unit, complete with: hardwood floors, granite counter tops, stainless steel gas appliances, master suite, in unit laundry, gas fireplaces, heated indoor parking for six cars, and private patios or a roof deck with each unit! Conveniently the residences are located within a short walk to Watertown Square shops, public transportation and the Charles River.